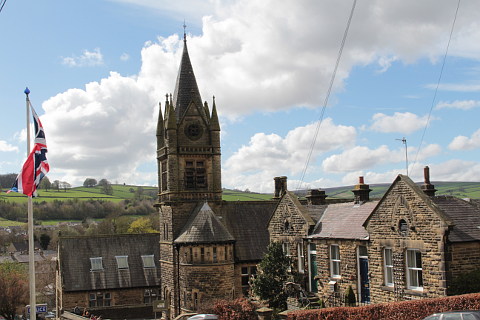 The dales is a countryside of rolling fields and moorland in the higher parts, separated by traditional stone walls and crossed by streams and rivers that have created valleys in the landscape - it is these valleys that are known as 'dales'.

The gentle landscape sometimes gives way to more dramatic features, with impressive waterfalls, such as Hardraw Force, Aysgarth Falls, Kisdon Force, Cautley Spout, and the waterfalls at Gordale Scar, among others. 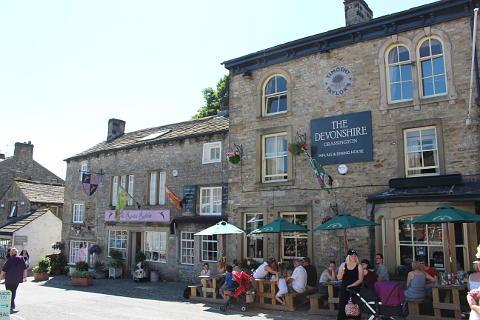 A particularly impressive natural feature can be seen at Malham Cove, where a large curved cliff face forms a natural amphitheatre. The dales are also well known for their photogenic hay meadows in the lower regions.

The Yorkshire Dales are very attractive to explore (preferably on foot, horseback or bike), to appreciate the unspoiled landscapes, and to discover small traditional Yorkshire towns and villages as well as more impressive stately homes and castles.

The best known of the dales include Airedale, Ribblesdale, Swaledale, Teesdale,  Nidderdale, Wensleydale and Wharfedale, although there are numerous smaller dales to explore and each offering a particular attraction or appeal.

Outdoors in the Yorkshire Dales

Walking and cycling are the most popular activities in the dales, and the best way to appreciate the landscape. Some of the longer trails to cross the region include the Pennine Way, the Coast to Coast Path, and the Dales Way. Numerous guides are available in the region for those wishing to hike the Dales on shorter routes.

The best known and very challenging walk in the Yorkshire Dales is the 'Three Peaks' Walk - 40 kilometres that crosses the three highest peaks, at Penyghent, Whernside and Ingleborough. Arrive at Horton in Ribblesdale very early and very well prepared if you aim to complete it!

Another popular activity is visiting the caves, or potholing - the region has several cave systems open to the public eg White Scar cave, Stump Cross Caverns and Ingleborough Cave, and the more experienced can go on adventurous trips into the potholes eg Gaping Gill (subject to permissions etc) - in all there are many hundreds of kilometres of cave systems here, although most are not open to the public.

If you prefer not to walk, try a section of the Settle-Carlisle train line, which passes through a great deal of beautiful scenery.

Visitor centres are located at Aysgarth Falls, Grassington, Hawes, Malham and Reeth. A couple of other villages to visit include Pateley-Bridge, Malham, a tiny village near Malham Cove and Gordale Scar. Burnsall is classed as one of the UK's most beautiful villages and Ingleton which is best known for the walk up Ingleborough that starts from the village and the Ingleton Waterfalls Trail.

The spa town of Ilkley falls a little way outside the southern edge of the Yorkshire Dales. 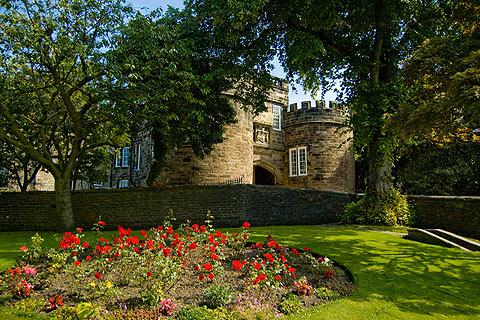 There are numerous other attractions, gardens, local museums, craft shows etc to visit

Map of Yorkshire Dales and places to visit