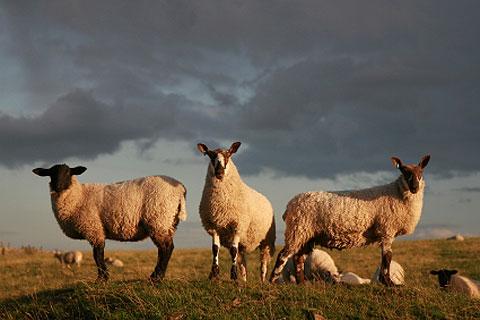 The presence of several major urban regions nearby (Manchester, Sheffield, Huddersfield, Derby, Stoke on Trent) mean the park is very popular all year round among outdoor enthusiasts and is the most visited National Park in England.

The Peak District contains some very impressive scenery, from upland moor areas, with scattered rock crags, to forested valleys, fast moving rivers, and some of the loveliest towns and villages to be seen in England.

The park also contains more than 30 reservoirs (including Derwent reservoir and Ladybower Reservoir) further adding to the beauty and outdoor opportunities in the region, especially birdwatching.

The park falls roughly into two halves, with one part being more desolate, and perhaps having the most spectacular views from the higher points - this is called the Dark Peak. The White Peak region has more trees, valleys and rivers - more 'picture book pretty'. You will have opportunity to see both during your visit, so no need to try and choose! Castleton is a popular village that stands between the two regions.

One particular natural highlight and viewpoint is the Roaches in the moorlands to the west, where craggy rocks and cliffs, and extensive views, make this one of the highlights of a visit.

Outdoors in the Peak District

Popular activities include walking, cycling, horseriding, climbing and paragliding, as well as various water sports on the reservoirs of the region. Despite the popularity of the park it is still possible to set off hiking and escape from the crowds to find peace and solitude.

The long distance Pennine Way footpath traverses the Peak District, and there are many other walks (and guidebooks to help you find them), in all the different natural environments that the Peaks have to offer.

Note that the high number of visitors pays a toll on the landscapes and environment of the Peak District, be vigilant to always follow the Countryside Code. 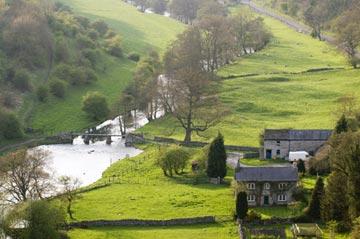 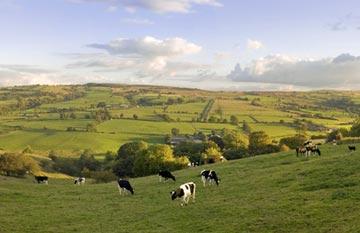 The list below is just a selection of the most popular and best-loved towns and villages in the region. There are many others waiting for you to discover them.

The main information centres for the region are found at Bakewell, Castleton, the Moorland Centre at Fieldhead (Edale) and Upper Derwent at Fairholmes (Banford).

Several caves are open to the public, such as Poole's Cavern (Buxton) and Heights of Abraham (matlock Bath)

Map of Peak District and places to visit

Ashford in the Water