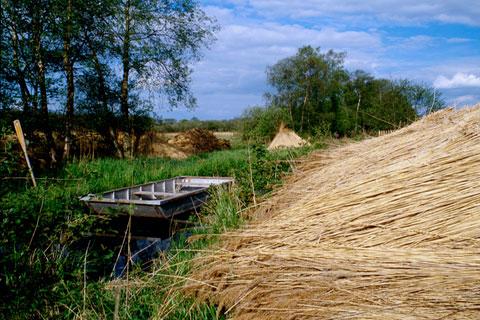 The region known as the Norfolk Broads actually falls in both Norfolk and Suffolk, in eastern England on the coast with the North Sea.

The region enjoys protection similar to that of a National Park, although it does not actually have that status - it is the Broads Authority that is responsible for the protection of the area, and for making sure the needs of visitors and conservation are both met. 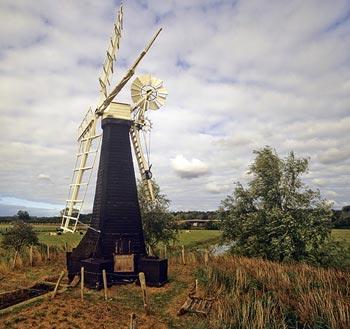 Many of the individual sections and broads have additional protection for the wildlife under National Nature Reserve and Site of Special Interest classifications.

Covering 300 square kilometres it is a flat region, extensively criss-crossed with rivers, broads and small lakes, typically explored on boat. Much of the region is accessible to boats, with more than 200 kilometres of waterway available for exploration.

The broads originally came about when the sea levels rose, after many years of peat digging in the regions (both by the Romans during their occupation of the area, and later by local communities) and flooded the excavations.

The majority of the broads are located to the north of the region.

There is more to the Norfolk Broads than just water though, and there are numerous scattered highlights to discover including windmills, small villages and ancient churches.

Boating on the Norfolk Broads

Boating is now the big attraction on the Norfolk Broads, and each year many people pass a few days on the waterways, enjoying the traditional scenery dotted about by the windmills (windpumps to help control the water levels). Boating is made easier by the virtual absence of low bridges and locks to be manouevred.

You will also have a chance to see a great deal of wildlife especially water-based birds such as mallards, moorhen, geese, grebes and herons.

Note: boats can be hired for a few days to enable you to make the most of yoor exploration, or if time doesn't permit there are several locations in the broads where organised boat trips depart.

Despite the large amount of water, both cycling and walking are very practical and very popular - and another very good way to appreciate the countryside here. Cyclists might be pleased to note that there is little in the way of hills!

There are numerous small towns and villages scattered through the Norfolk Broads. Some of the most popular include Acle, Barton Turf, Coltishall, Horsey, Ludham, Neatishead, Potter Heigham and Thurne. (See also visitor centres below.) 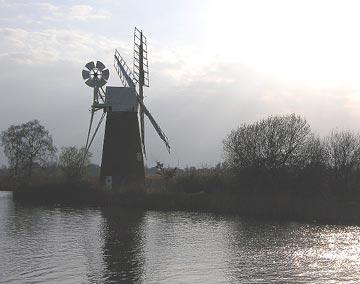 Visitor information can be found at the following places:

See also the Norfolk county guide for the county just outside the immediate 'Norfolk Broads', where many visits are based.

Map of Norfolk Broads and places to visit

See more places nearby in the Norfolk guide