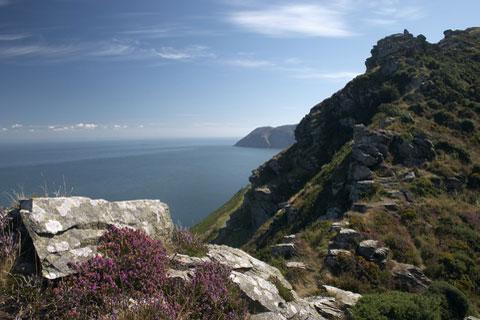 The Exmoor National Park is in south-west England, in the counties of Somerset and Devon.

It covers almost 700 square kilometres and includes a substantial part of the coastline of the Bristol Channel. The landscape is mostly of hills covered with open moorland, with woodlands in the lower regions.

The land is crossed by numerous rivers and streams, including the Exe River after which Exmoor takes its name. 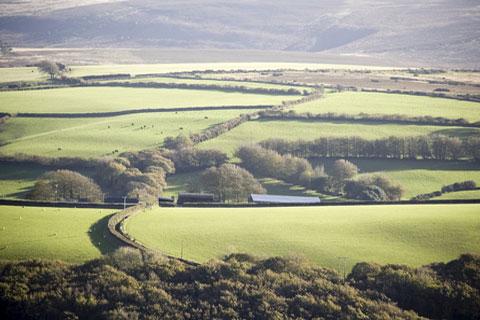 The section fronting the sea is also noteworthy, with some of the highest and most dramatic cliffs in England following the coastline, with impressive waterfalls and ravines further enhancing the scenery.

Walking and cycling are popular here, as in all National Parks - highlights for hikers include the South West Coast Path following the entire coastline in Exmoor, the Coleridge Way, and the Two Moors Way but there are numerous opportunities to follow shorter trails across the moors and along the rivers - try Watersmeet near Lynmouth for some pretty shorter walks.

But Exmoor also offers an extra challenge - the dramatic cliffs and caves offer climbers many interesting challenges in impressive locations,

There are numerous small villages and hamlets in addition to those listed above.

(Note: information centres are also found at Braunton, Ilfracombe and Woolacombe , within the North Devon AONB, along the coast to the west of Exmoor)

Map of Exmoor and places to visit