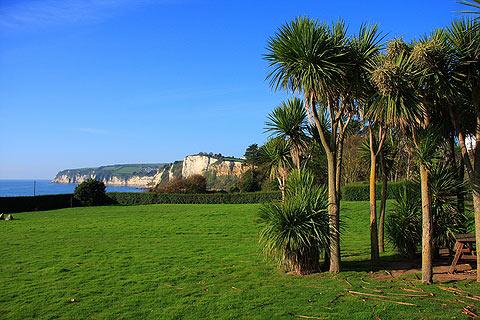 The East Devon Area of Outstanding Natural Beauty (AONB) runs along the coast of south-east Devon, broadly covering the coastal region from east of Exmouth to west of Lyme Regis, and inland to Honiton.

(Note: more recently a second Area of Outstanding Natural Beauty has been established in East Devon, that of the Blackdown Hills)

The countryside and scenery includes the dramatic cliffs of the Jurassic Coast, unspoiled 'traditional' English countryside landscapes of woodlands and small-scale farming, some regions of moorland, and almost 30km of fine coastal scenery.

Much of the coast falls within the Jurassic Coast - the stretch of coast listed as a UNESCO World Heritage Site.

As well as very scenic coast to discover, there is a good selection of beaches including those at Beer, Branscombe and Budleigh Salterton. Exmouth, Seaton and Sidmouth beaches are also popular - they are not within the AONB but are completely surrounded by the designated region and will usually form part of a visit. 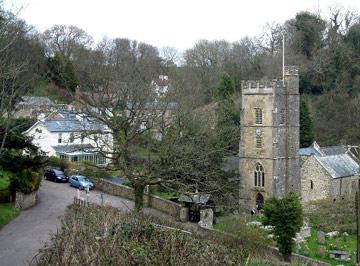 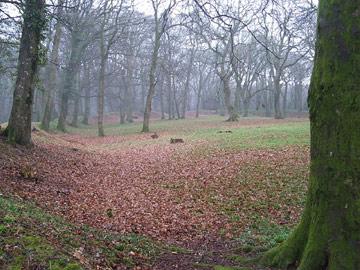 If like us you think no holiday would be complete without a visit to historical properties and gardens we recommend the following:

The larger towns within the region include Budleigh Salterton, Sidmouth, Beer, Seaton and Colyton.

Larger towns lying just outside the border of the zone (still in south Devon) include Exmouth, Honiton and Lyme Regis (in Dorset). 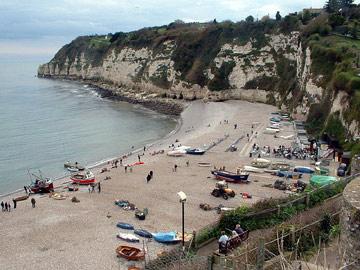 There are numerous possibilities for walking here in East Devon - see local guidebooks for information. the South-West Coast Path (which passes around Devon and Cornwall) also follows along the coast, providing numerous opportunities for walks along shorter parts of its length. (The south-west coast path also continues east along the Jurassic Coast through Dorset.)

Map of East Devon and places to visit