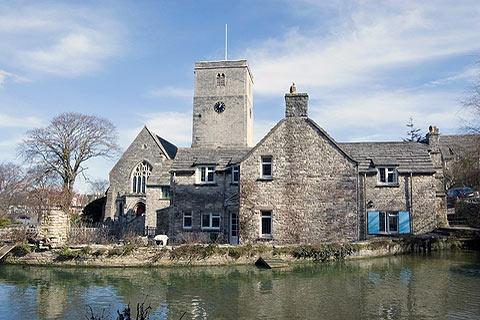 Dorset is a county on the south coast of south-west England, bounded (from west to east) by Devon, Somerset, Wiltshire and Hampshire. Some of the larger and more important towns within Dorset include Dorchester, the capital of the county; also Bournemouth, Poole, Weymouth and Swanage.

The county of Dorset has a great deal to recommend it both as a place to visit and as a place to live, with extensive areas of attractive countryside, traditional villages of stone and thatched country cottages, market towns crammed with antique shops and boutiques, and some of the most scenic coastline to be found in England.

It is the coast that attract the greatest number of summer visitors, and a large part of the Dorset Coast falls within the Jurassic Coast heritage Site, the only 'natural' location to be listed in England. You can explore many of the most popular places along the southern coast in our detailed guides at Jurassic Coast. These include the fossil hunters paradise around Lyme Regis, and much of the coast also falls on the South-West Coast Path (which follows much of the coastline of south-west England).

There are numerous towns and villages to discover in Dorset that you will enjoy visiting and exploring. A couple of the most popular are the market towns of Sherborne in the north of the county and also Blandford Forum, and the village of Shaftesbury, forever immortalised in television advertisements and 'prettiest villages' travel guides to the UK.

Much of the scenic Blackmore Vale region falls within northern Dorset, and contains many small villages worth visiting such as Sturminster Newton, Stalbridge, and East and West Stour and scenic highlights such as Hambledon Hill - see Blackmore Vale.

More than one third of Dorset is classified as the 'Dorset Area of Outstanding Natural Beauty'. This covers much of the southern coast of the county, between Lyme Regis and Poole, and a large part of the centre of Dorset between Chard (west) and Blandford Forum (east). The aim of an 'area of outstanding natural beauty' is to preserve and make the most of the countryside, the wildlife and the heritage, and to preserve it for future generations, and the Dorset AONB contains a diverse range of environments (coastal, moors, woodland...), places of cultural interest (stately homes, castles, abbeys, gardens etc) and towns and villages.

Map of Dorset and places to visit