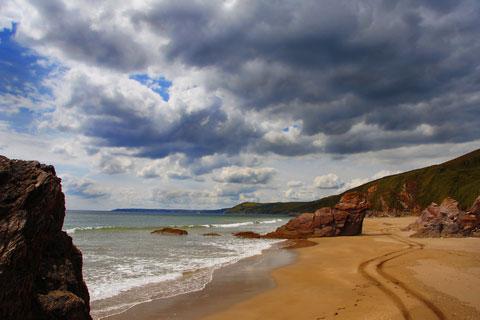 Cornwall is an English county located on a peninsula at the south-western point of England to the west of Devon. It is a very popular region of England with visitors, because of the fascinating and interesting mix of quaint Cornish fishing villages and small towns; heritage sites; beaches, coves and dramatic coastline.

It is around the coast that many of the popular highlights are located - you will find a multitude of fishing villages, harbours and beaches, as well as walks and other activities in easy reach wherever you are. But there is more to Cornwall than just coast, of course - don't forget to find time to explore the interior - there is much beautiful countryside, and also the open moorlands of Bodmin Moor to discover. Don't forget also to visit some of the newer highlights has to offer as well - the splendid Eden Project gardens, or the Tate Modern art gallery at St Ives

There are numerous villages, harbours and sandy beaches and coves to discover in Cornwall. Further down this page you can see some of the most popular and visited but you will quickly discover your own small favourite...

Although we focus mostly on the villages, coast and beaches in the Cornwall travel guide, there are some larger towns in Cornwall to visit including: 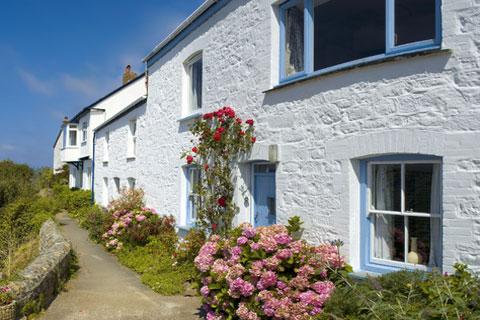 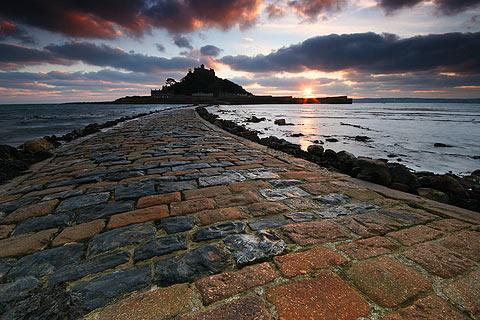 The Cornish coast has different characteristics to the north and south. To the north, the beaches of the Atlantic tend to be broad and sandy; while to the south (and the English Channel) the beaches are smaller, sometimes pebbly or rocky, and separated by coves and headlands. See our separate article about the Cornish beaches, including surfing beaches and blue flag beaches, at beaches in Cornwall.

The headlands at Land's End and nearby Lizard Point are both popular with visitors, the first for the rocks, cliffs and crashing waves, the second also for its beaches.

Cornwall is an outdoors destination! Whether you are swimming and surfing on a beach, watching the children hunt in rockpools, following a coastal footpath, cycling along quiet roads or striding across Bodmin Moor discovering prehistoric relics and standing stones, the best way to discover the highlights is always to get out of your car! Even better if you can venture a little way off the beaten track and find solitude - Cornwall can become rather crowded during the summer months!

The best known pathway is the South-West Coast footpath which follows the coast along the southern coast - you can follow short parts of the pathway from many of the villages along the coast.

Another very popular activity in Cornwall is golf - because of the reasonably consistent good weather enthusiasts can usually find the occasion to try out one or two of the (many) golf courses, quite a few of which offer great sea views as you play.

Part of Cornwall has been designated as an Area of Outstanding Natural Beauty (Cornwall AONB). Because the AONB consists of 12 different regions spread around parts of the Cornish Coast (and inland at Bodmin Moor) it is not always clear whether you are in the AONB or not (it includes significant parts of the coast in north-east, western and southern Cornwall, and Bodmin Moor). Part of the Tamar Valley AONB also falls within south-east Cornwall. 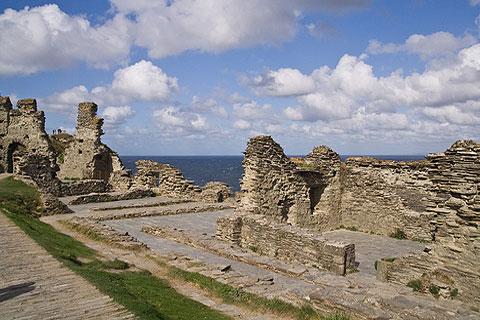 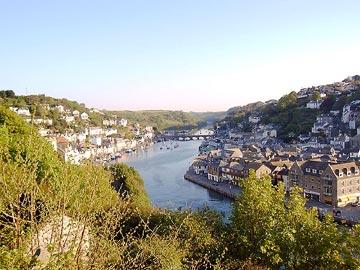 The following are a selection of some of the highlights and most popular places to visit in Cornwall, not a complete list!

Gardens to visit in Corwall

Map of Cornwall and places to visit