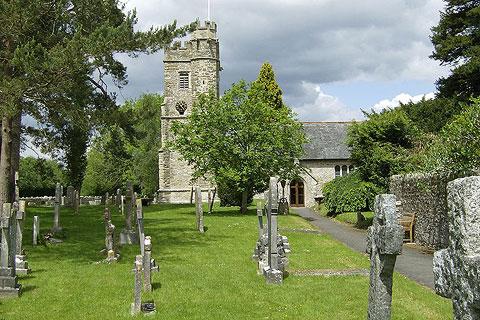 The Blackdown Hills Area of Outstanding Natural Beauty (AONB) runs along the southern border between Devon and Somerset, in south-west England.

A picturesque region of rolling hills separated by steep wooded valleys, babbling streams and small woodlands, interspersed by low-key dairy farming, the Blackwood Hills are a quiet part of the countryside where the buzzing of insects is often the only noise you can hear.

It is a place to explore at low speed, to enjoy the peace and the countryside, to spend time sitting in a local pub, with little in the way of 'action-packed family tourist attractions'.

There are no large towns within the borders of the Blackdown Hills AONB.

There are numerous marked Blackwood Hills walks and planned cycle routes within the region, also bridleways -all three options offer a chance to make the most of your visit.

Map of Blackdown Hills and places to visit