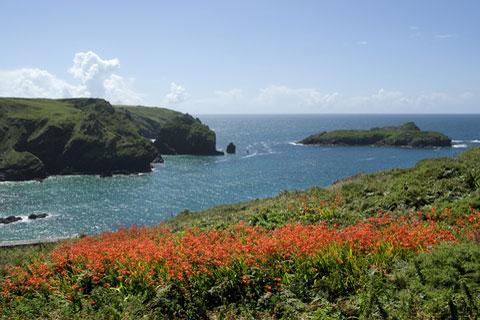 Mullion is a fishing village on the west coast of the Lizard peninsula in south-west Cornwall (it is the largest village to be found on the peninsula).

Mullion village itself is a little inland from the sea, with two river valleys from the village leading to Polurrian Cove and Mullion Cove (follow Nansmellyon Road). 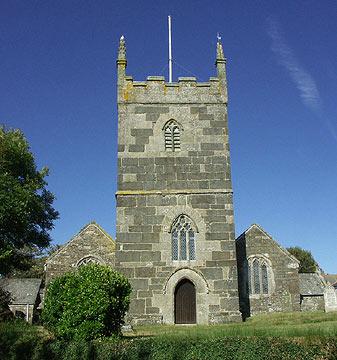 A tradtional Cornwall 'pilchard and smuggling' village, the 15th century church of St Mellanus in the centre of Mullion is worth visiting, above all for the noteworthy wood carvings in the interior.

The village also contains plenty of tourist facilities, from fish restaurants to gift shops, and from art shops to pubs.

The harbour is at Mullion Cove. Although the fishing industry dates back several hundred years, the harbour is little more than 100 years old.

Be sure to find time to walk along the cliffs above Mullion Cove and Polurrian Cove for lovely views of the coast.

Places to visit near Mullion

Map of Mullion and places to visit