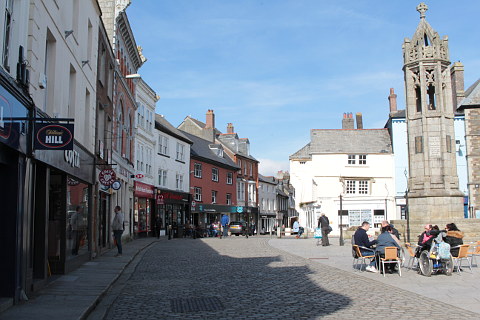 Launceston is an attractive market town that has grown up around a Norman castle, the remains of which still exist. The town was once the capital of Cornwall and remains a vibrant centre. Launceston is known as the gateway to Cornwall and is close to the A30 which is the main route into Cornwall.

Launceston castle was built by the half-brother of William the Conqueror in the 11th century and the town itself was walled in the 12th century.  The castle sits on a small hill and a climb to the top of the tower gives a 360° view over the surrounding countryside.

There is a lovely grassy park surrounding the castle reached through a large stone doorway through some remaining defensive walls. Various archaeological finds from this area can be seen in an exhibition at the Castle Lodge. 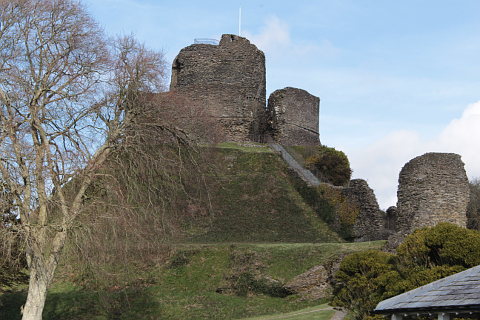 The town itself centres around its main square which is surrounded by an attractive mix of architectural styles and there are many cafes, bars and a good mix of shops to wander round and enjoy. Particular buildings to look out for include the South Gate which is the last remaining gateway to the old walled town and is striking with its two arches,  the old Market Building, and the 19th century Launceston Town Hall and Guildhall, an attractive Gothic-style building with some attractive stained glass windows.

Lawrence House was built in 1753 and is now owned by the National Trust. It is now home to the Lawrence House Museum which you can visit for free. It also has a pretty garden.

The Saint Magdalene Church in Launceston is the finest late medieval church in Cornwall and has some incredible carvings on its exterier and some beautiful carved woodwork inside. It was built in the early 16th century and the exterior remains largely unchanged since then.

Walk out to the river and there is a medieval foot bridge, the Saint Thomas Bridge that was built in the 1400s. The nearby Saint Thomas church which is next to the River Kensey and the medieval bridge dates from the 1400s thought there was an earlier chapel here. You can see a "leper squint" inside where lepers could come to watch the service but be seperated from the main congregation. 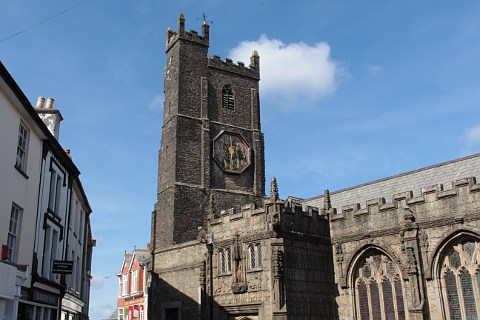 There are a coupld of interesting walks to do to discover the town - the Launceston Town Trail of which there is a long and a short version depending on your available time.

You should definintely make time to take a trip on the Launceston Steam Railway. Victorian steam locamotives take carriages through the lovely Kensey Valley to the hamlet of Newmills. Here New Mills Farm Park has lots of activities for children including a pets corner and Go-Karts.

There are various attractions nearby including the Hidden Valley Discovery Park with gardens, a mansion and a trail with a mission and clues to follow. The Trethorn Leisure Park has farm animals and indoor play areas and at the Tamar Otter and Wildlife Centre you can see otters being fed twice daily. Dingles Fairground Heritage Centre has lots of fairground rides from days gone by.

Launceston is about halfway between the sea to the north of the Cornish peninsula and the sea to the south. Heading north you can visit the beaches of Boscastle or Crackington Haven whilst south is Looe and Polperro.

Map of Launceston and places to visit