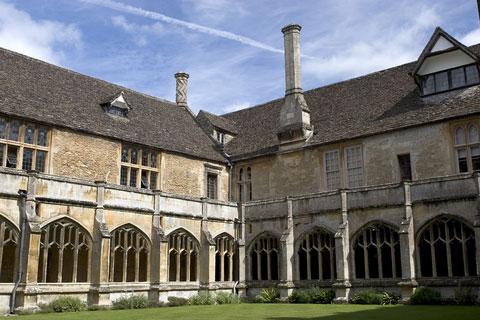 Lacock is found in Wiltshire, in the south-western Cotswolds, a few kilometres south of the market town of Chippenham.

The unspoiled village is owned very largely by the National Trust, which plays a large part in maintaining its attractiveness. Cottages that are hundreds of years old and covered in climbing plants; half-timbered walls leaning precipitously; traditional yellow stone medieval Cotswold houses; pretty cottage gardens. If there were no other visitors or card you could almost think you had stepped back 500 years (although I imagine it was in rather less picture-postcard condition back then...).

Apart from admiring the village as a whole there are several individual highlights, including a medieval church and a tithe barn dating from the 14th century (a tithe was an early tax payable to the church as goods, often crops, and the tithe barn was used for storing these goods).

Be sure to stop in the George Inn for a drink in one of the oldest pubs in England, then move on to the Sign of the Angel Inn for another...

The history of the village is inseperable from that of Lacock Abbey, around which the village developed from the early middle ages onwards.

Founded in the 13th century (around 1232), the abbey has undergone some modifications over the intervening centuries, including the demolition of the church after the abbey was dissolved - Henry VIII passed a law for the dissolution of the monasteries in 1539. After the dissolution the building became a private dwelling, eventually in the hands of the family of Fox Talbot. A great deal of the original remains largely unaltered.

The cloisters and carefully planted gardens and parkland are among the highlights at Lacock Abbey, and a visit is highly recommended.

It also includes the Fox Talbot Museum, a worthy recognition of the work of the person who invented photography in the abbey in the 19th century. 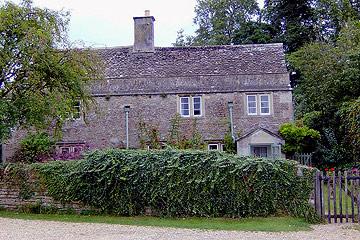 Lacock used as a film set

It is possible that you will see a film or television crew when you visit - they have been a very regular feature in Lacock over the last 40 years, most recently as a setting for parts of a couple of the Harry Potter films, and prior to that as a setting for a major BBC production of Pride and Prejudice (among many others).

Map of Lacock and places to visit