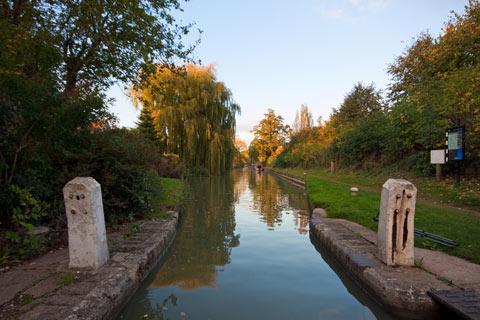 The village of Cropredy is situated in the north of the county of Oxfordshire, a few miles from Banbury.

The position of the village on the Oxford canal means that tourists arrive by boat, while other visitors arrive by car to walk alongside the canal, and to explore the village of Cropredy itself - a couple of traditional pubs ensure that Cropredy remains a popular stopping point for thise travelling along the canal itself.

There are some very pretty houses and thatched cottages in Cropredy village centre, as well as a 14th century church with some impressive stained glass - it is said that some soldiers killed in an important battle in the Civil War that took place at Cropredy in 1644 are buried in the churchyard.

Map of Cropredy and places to visit

See more places nearby in the Oxfordshire guide