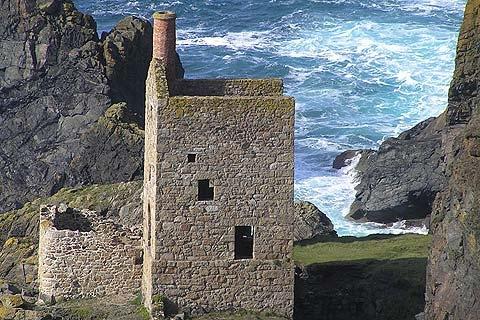 This designated English heritage site is a tribute to the fascinating relics of the tin and copper mining industry that are found across Cornwall and west Devon.

It was tin mining that was first to gain importance, becoming a substantial industry from the mid-16th century onwards. It was during the 18th and 19th centuries that the industry, mining for both tin and copper, really took off and Cornwall produced two thirds of the world's copper at this time.

Although the industry peaked before 1900, active mining continued until late into the 20th century.

As UNESCO said in their report when the landscape was listed in 2007: the substantial remains are a testimony to the contribution Cornwall and West Devon made to the Industrial Revolution in the rest of Britain and to the fundamental influence the area had on the mining world at large.

Various locations are included in the UNESCO listing, varying significantly in appearance according to their age. The majority are towards the western end of Cornwall (Saint Just, Port of Hayle, Tregonning, Wendron, Camborne and Redruth, Gwennap and Saint Agnes mining districts) with Luxulyan Valley centrally placed and Caradon and Tavistock mining districts to the east of Cornwall.

The archetypal Cornish iron mine structure is a stone tower, silhouetted against the skyline, and has become almost a symbol for Cornwall in tourist brochures.

Map of Cornwall Mining Landscape and places to visit