The Cornish coast has different characteristics to the north and south. To the north, the beaches of the Atlantic tend to be broad and sandy; while to the south (and the English Channel) the beaches are smaller, sometimes pebbly or rocky, and separated by coves and headlands.

One thing you can be sure of in a county with 700 kilometres of coastline and several hundred beaches in Cornwall, and with both the north and south coasts easily accessible - a visit is unlikely to leave you disappointed whatever you are searching for in a beach.

Several of the Cornwall beaches have been awarded the Blue Flag award for environmental protection, cleanliness, safety, water quality and standards of maintenance. These include: 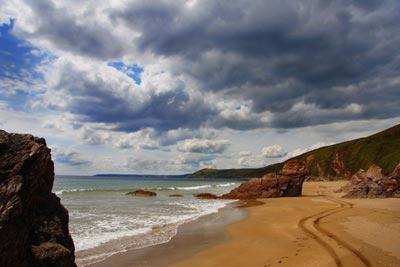 Among the most popular among all levels of surfer are:

A small selection of recommended beaches

Penzance and the west